A Call to Action Regarding Accessible Home Design (Part 1 of 2, Series on Accessibility)

The year was 2010. I was 25 years old, a newlywed, and thrilled to be moving back from beautiful but expensive California to Alabama where my husband and I could afford to build a home. Please allow me to preface the following story by saying that in addition to my interior design education and professional experience in accessible design, I grew up watching a previously healthy and successful relative become sick and disabled over a period of several years.  He lost the function and mobility in his arms, legs, and hands, and struggled to adapt his home to be more accessible. In other words, I should have known better.

Despite my knowledge of the importance of accessible design, my husband and I, both young and healthy, built our first home without consideration of accessibility.  We chose a planned neighborhood with a youthful feel where we were given a nicely marketed booklet from which we could choose among one of ten standard floor plans. We built a beautiful new and affordable home with all four bedrooms and the laundry room on the upper level.  There was not one accessible bathroom.  Showers had curbs and stairs were at every single entry-point to the home. You would be hard-pressed to identify a single part of the floor plan that was accessible.  However, we loved our new home.

Three years later, my husband and I welcomed our first child to the world, a son who is the joy of our lives and my motivation to keep moving forward. Our son, who is now seven years old, was born with a severe bone problem that led to a partial amputation of his right leg when he was only 13 months old. He learned to walk with a prosthetic leg around age two. Our family managed well maneuvering around the house because our son was resilient, happy and highly mobile while he was wearing his prosthetic leg. However, my husband and I began to think what home limitations would mean for him when he was old enough to bathe himself and would need an accessible shower. We wanted him to be independent and have as “normal” a life as possible.

Thus, we started getting estimates for accessible home modifications. We researched grab bar installations in the showers and were told it would cost thousands of dollars because it would involve removing the tile and stripping the shower walls to the studs. We considered a stair lift to get to his bedroom. We thought about our house entrances with stairs and considered adding a ramp. The costs were startlingly high. We did not proceed with the upgrades at that time due to the expense, lack of immediate need, and a feeling that these modifications would only partially make our home accessible. It should have simply been designed with accessibility from the start.

At a routine checkup when he was three years old, our son was diagnosed with severe early onset scoliosis, the kind that can interfere with growth of internal organs like the heart and lungs and, without successful treatment, could be life threatening. The doctors told us that he would need a series of spinal surgeries throughout his childhood to insert straightening rods and replace them as he grows.  These surgeries would end with a major spinal fusion surgery in his teenage years. Any one of the surgeries at any point in time could impact his mobility. We were not sure when the first surgery would happen, but we knew it was coming.

After receiving the spinal diagnosis and understanding how challenging this would be for a multitude of reasons, my husband and I started talking again about the inaccessibility of our home. What could we do? Did we have enough equity in our home to sell and move somewhere else? We started talking to a builder in town. He told us that placing blocking in a new-build home for installing grab bars would literally cost nothing – not a penny more, and other accessible features built from the start, like wider doors and hallways, would also add a negligible cost since it was new construction rather than renovation. It was mentally painful to consider that we would need to spend so much money to build a new home when the accessible features costs would have been negligible if we had just initially built them into our current home.  Now, we would have to leave our wonderful neighborhood friends and uproot our young child from his friends and security he felt in our home.  It could have been avoided if, years ago, we had just been given an option for an accessible floor plan. It would not have cost much more and it would have saved us time, money and heartache.

So now we knew what we needed to do.  It took a year of saving and the expertise of a kind builder to build a new home for our family. Our new accessible home meant that our child could stay in his own bedroom after a surgery and he would not be excluded from his normal home environment if he was physically limited for a period of time (which he was). My son underwent his first spinal surgery about a year after we moved into the home.  At this point, he was constantly choking on food due to kyphosis (curvature of his neck) and was tired all the time from just trying to live his daily life.  He has had five spinal surgeries in the past two and a half years including a two-month stint living in a halo with traction at Children’s Hospital.  Months of his life have been spent recovering at home and I can say, with 100% confidence, that our accessible home has supported my son and our whole family by allowing him to be independent and helping us to care for him as he heals.  Currently, he is doing well.  He goes to school, plays with friends and is happy.  If it were not so, I would not be writing this article.

Taking a step back from my family’s experience in this moment of quiet in my life, the question keeping me up at night is this: Why, in the United States of America in the year 2021, are we still building new homes that are inaccessible?  The interior design community has known for decades about accessible design and its ability to enable people with all levels of ability to live comfortably in their homes. We are champions of accessible design in public spaces. We are tested on accessible design requirements on the NCIDQ exam, and we hold accessible design principles close to our hearts as a defining part of our profession. We care for the health, safety, and welfare of the public largely through our knowledge and application of accessible design. Additionally, the American public has known for years about the increasing aging population who wants and needs accessible homes to “age-in-place.”  With the knowledge we have, why are we still building homes that often cost a great deal of money without any accessible design features, not even a single zero-step entry point?  Why do we not regularly consider the greater market of people who could also benefit from accessible homes?  Why do we not consider conditions like pregnancy, postpartum, surgeries, sprains, and aids for the caretakers of the disabled?   The answer, I believe, lies in the lack of federal policy.

Researchers estimate that approximately 60% of new homes in the U.S. will house at least one person with a major physical disability during the existence of the home, and that 91% of all new homes will host a visitor with a physical disability at some point (Smith et al., 2008).  Even with this information, 90% of homes in the U.S. lack even the most basic accessibility features (Steinfield et al., 1998). The South U.S. Census region is also home to the highest percentage of individuals with disabilities in the nation (Okoro, 2018), indicating a particularly strong need for accessible homes in Alabama. Perhaps, most pertinent, building accessible design features from the start saves money.

According to the National Council on Independent Living (2016), visitable homes, which have a zero-step entrance, all passage doors on the main level with 32 inches or more clear passage space and at least a half bath on the main floor, cost an estimated $100 on a concrete slab and $300-600 on a crawlspace or basement when building a new home. The costs of renovating, also evidenced by my story, are much higher–$700 per door to widen and $3,300 to retrofit one entry point to be zero-step. Also, there are the emotional costs, from an unnecessary move–uprooting a child or older adult from the neighborhood that gives them a sense of joy and security. There are emotional and financial costs derived from institutionalizing older adults who can no longer remain in their homes due to inaccessible physical barriers. There are also costs related to falls and injuries among older adults and even pregnant women. Over 25% of women fall during pregnancy, with 56% of these falls occurring indoors and 39% on stairs (Dunning et al., 2010). Some of these falls result in traumatic injuries such as fractures, uterine rupture, preterm labor and, in some cases, death of the mother or baby (Schiff, 2008). The American public needs more accessible homes and this need is not being met.

I do not believe that individual architects, interior designers or builders are responsible for the current lack of accessible homes in our country. I also do not believe that our clients or individual consumers are responsible. I recently learned through graduate coursework about upstream and downstream social determinants of health. Downstream factors like individual decision-making (e.g. choosing to build an accessible home) do matter for individual health outcomes. However, it is upstream factors, such as policy, that have the greatest ability to impact health and contribute to health equity at the population level (see Braveman et al., 2011; Chae et al., 2011; Islam, 2019; Williams et al., 2008). We can create brochures and talk about accessible home design all day long with our students, clients and members of our design community, but until federal policy requires accessible design in new, private single-family homes in the United States, I do not believe there will be significant change. The market will continue to fail to meet the growing need for accessible homes among the American population. We need to advance policy requiring all new privately funded single-family homes in the United States to be accessible. Who will lead the cause?

BIO:
Kelly Martin is an award-winning Interior Design Lecturer at Auburn University. Her professional background involves working in the interior design industries in New York, Birmingham and San Francisco. She is driven to generate design research that supports the health and wellbeing of people throughout the beautiful state of Alabama and beyond. 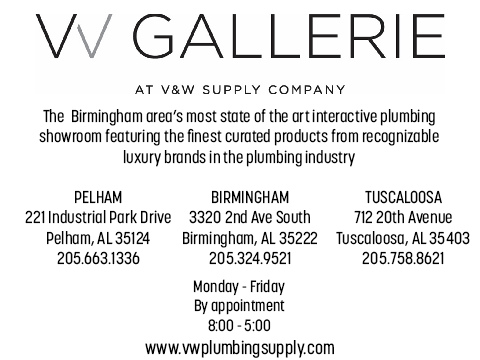